What in the World has Happened to the Airline Industry? 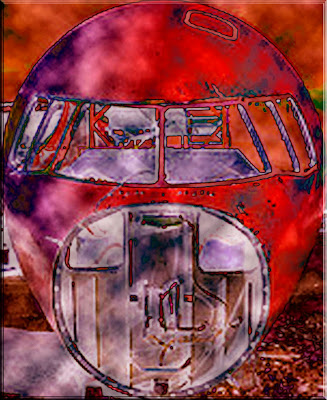 I’m old enough to remember the good old days of flying, when

There were no security checkpoints. Passengers, often accompanied by family and friends seeing them off, simply stepped onto the tarmac--clothes, watches, belts, purses, and shoes still intact.

Seats were configured two by two.

Those same seats were actually cushy and came with a fresh full-sized pillow and blanket.

The pitch between seats was generous; even if the man in front of you pushed his seat all the way back, it didn’t matter, for you had plenty of room to move about.

Seats were large enough to accommodate just about anyone of any size.

No one but the filthy rich flew First Class because other than price there was little difference between First and Regular Class--perhaps a Fillet Mignon/Cognac as opposed to Baked Chicken and Wine.

The aisles were wide enough without having to bump into seated passengers.

Real meals were served--in addition to snacks--and the food was actually good, even excellent.

Customer service was delivered with a smile.

During the flight, one of the pilots would actually come back to the cabin to chat with passengers.

Baggage was checked for free--imagine that!

Even though it wasn’t necessary, you could carry a bottle of water on board.

No one cared if you had a pair of scissors or tweezers in your makeup case.

No one hassled you about carry-ons because everyone knew it was better to check your luggage, so other than a “personal item” (purse or briefcase), everyone checked their luggage, confident it would show up (in good order) at one’s destination.

If your luggage, by chance, did get rerouted to Alaska (instead of Alabama), airline representatives were actually embarrassed and did everything they could to get your luggage back to you in a timely manner. Meanwhile, they gave you a voucher to buy new clothes so that you could enjoy your vacation.

“Bumping” and “over-booking” were not a part of the airline lexicon.

If a flight were cancelled, airline representatives did everything they could to book you on another flight, even on a competitor’s airline. Otherwise, they put you up in a hotel on their dime.

The rare complaint was taken to heart, and the airlines did everything it could do to make things right so that you would return and so they would not end up in the “Airline Hall of Shame.”

So what has happened? Why would would-be passengers rather pay $4.00 a gallon for gas and drive for 3,000 miles rather than risk stepping onto an airplane?

Do you get the feeling that airline CEO’s sit around in a circle, purposely devising ways to piss passengers off?

Email ThisBlogThis!Share to TwitterShare to FacebookShare to Pinterest
Labels: customer no-service, Why the Airlines SUCK