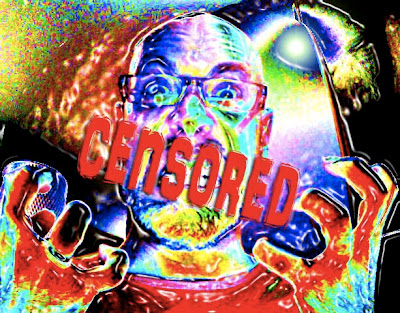 An anonymous writer, obviously fed up with poor service, posted, on June 23, 2011, this comment:

Alaska Airlines did you really have to call the police because I threatened to twitter about poor service with lost bags?

Another airlines customer service nightmare unfolded [recently] as several Alaska Airlines customers’ at SeaTac airport reported lost baggage and one reported stolen jewelry from their checked luggage. One of the customers mentioned that they were going post their experience on social media networks.

While resolving the baggage concerns of the numerous upset customers, police were dispatched due to security threat[s] …what wasn’t conveyed to the police is that the threat was purely the use of the power of online media. After clarification about the situation, police let the passenger leave the airport without further incident (without their baggage) and shared a good laugh about the travesty occurring to passengers in today’s airlines industry.

“Frankly, if there was a crime committed...one would think it would be Alaska Airlines, as this is the second time that I paid for a baggage handling fee and did not receive the service paid, did not receive a refund (only a $20 future credit on next trip with Alaska) and I still do not have my baggage.”

“If a consumer pays for something and doesn’t receive service/product isn’t that theft? Who really committed a crime in this situation?”

The irony of this story is that I was just returning from attending the Enterprise 2.0 conference in Boston where we learned about the impacts of Social media to the enterprise. One of the better keynotes at the conference talked about “Serve Customer 2.0 well or Perish.” The speech described how a new kind of customer that is tech savvy and knows their way around social media and are happy to widely communicate about their positive and negative customer experiences. In fact, one of the examples noted was the airlines industry...and how negative social media has impact stock value with contrast on how great companies such as Zappos uses web media to engage and foster long term relationships with customers.

As there continues to be much news around the airlines industry and the poor customer experiences, we are witnessing a new era unfolding as customers take back their voice and force companies to serve them better. See links below to other articles where other passengers have used the power of social media that has significantly impacting corporate brands and in some instances stock value:

Here’s the video, titled United Breaks Guitars by Dave Carroll – so far having an incredible viral effect with over 9 million views.

2. Movie Director Kevin Smith’s reaction to being removed from a Southwest Airlines flight for taking up too much room. Kevin has 1.6 million twitter followers and not the kind of guy you want to have talking negatively about your company.

So I guess this is inspiration to all customers that YOU HAVE A VOICE!